Mukilteo is a waterfront community situated on Puget Sound in southern Snohomish County, about 25 miles north of Seattle. This scenic area has views of the Olympic Mountains Puget Sound and Whidby Island to the west and the Northern Cascade Mountains to the north and east. Annual precipitation for the region is approximately 35 inches and visitors find moderate weather conditions from May through the end of October.

Mukilteo, a Native American name that over time became known as “a good camping ground,” is the site where the Point Elliott Treaty was signed by Governor Isaac Stevens and representatives of 22 Native American tribes in 1855. The first settlement in the County was established on the northern point of Mukilteo in 1858. Pioneers to Mukilteo developed a trading post, lumber mill, cannery, and a port of entry for the trading ships.

The city was incorporated in 1947 with a population of 775. In 1980 an area to the south of the city boundaries was annexed, which was followed by the 1991 annexation of Harbour Pointe; a master planned community that included a shopping center and an award winning public golf course. The Harbour Pointe annexation almost doubled the city’s population from 6,900 to 13,000 and increased the city’s area to 6.25 square miles.Mukilteo is the home to the historic 1906 Mukilteo Light Station, located within Lighthouse Park which offers an acccessible beach, picnic areas, fire pits, playgrounds, and a boat launch. The Light Station is available for touring and special events. The city is also a regional transportation hub for the State Ferry System that onnects Mukilteo to Clinton on Whidbey Island.

Today the city’s population has grown to 20,110 (April, 2009) and its diverse, multi-cultural residents continue to share a great sense of pride, history, and tradition of community involvement. Mukilteo amenities include quaint shopping areas, restaurants, financial institutions, and several parks and open spaces for recreational opportunities. The city is also a neighbor to the Boeing Company, Paine Field Regional Airport, and other major employers along a technology corridor that reaches from northern King County through Mukilteo.

Mukilteo is home to the annual Mukilteo Lighthouse Festival held in various locations around the city. It is held in the end of August to the beginning of September. There are a wide variety of activities ranging from the Children’s Parade, Vendors and Booths, Teen Events, and Fireworks. For those physically active, there is the 5K or 10K run/ walk. Also, new this year, there is the Tour-de-Muk with three different bike tours to chose from.

Whether a “good camping ground” or a place to call home, Mukilteo affords its citizens the opportunity to live, work, and play in a beautiful community of the Pacific Northwest.

Harbour Pointe is widely regarded as one of the most prestigious addresses on the Puget Sound. Builders continue to offer high-end family homes in such upscale neighborhoods as Waterton and West Ridge and the most sought after neighborhood of One Club House Lane for resales.

The latest addition, just finished with construction, is the Fairview Condominiums. Set against a backdrop if the popular Oki-owned Harbour Pointe Golf Course, this resort-like community was designed by the award-winning architectural firm Baylis Architects. The five-story, 48-condo Fairview is shaped and sited for optimal views, from prime golf course views up the fairway to the Olympic Mountain and Puget Sound views to the west. Homeowners will enjoy a club room, game area, and fully equipped fitness room. They range in size from 955 to more than 3,000 square feet, priced from the upper $300s to $1.8 million. There are 13 floor plans, with natural hardwoods and stones, 10-foot-plus ceilings, classic millwork, and oversized gas fireplaces.

The 1991 annexation of Harbour Pointe into Mukilteo doubled the city’s population and area overnight. In one fell swoop, Mukilteo was transformed from an almost exclusively residential community into a city with an award-winning championship golf course, planned business and industrial park developments, high quality up-scale single-family residential subdivisions, and several large multi-family complexes.

Today, Harbour Pointe is the home of the Mukilteo Library, City Hall, the police station, and Fire Station Three. Two elementary schools, a middle school, and a high school are located in Harbour Pointe, along with several churches and medical/dental facilities to serve the residents of Harbour Pointe and greater Mukilteo.

The 2,300 acres that make up Harbour Pointe were originally assembled in 1952 by Standard Oil for an oil tank storage site. That plan never took off.

In 1968, Snohomish County approved a master plan and development contract for the area, then called Possession Shores. The plan was prepared by Chevron U.S.A. and the Winmar Company, Inc., the successors to Standard Oil in ownership to Harbour Pointe.

Several large residential areas were developed under the original master plan by the Chevron-Winmar team. However, the economic depression of the early 1970s resulted in a significant employment reduction – primarily Boeing related – in the area. A revised master plan was developed to better meet the needs of the community.

That revised plan, which is in the force today, was adopted by Snohomish County in 1978. In that year, the Daon Corporation purchased the property and continued residential lot and business park development. In 1986, Daon Corporation and its properties – including Harbour Pointe – were acquired by BCE Development Inc.

Today, the partnership focuses on the Business Park, industrial park, and commercial development. The majority of the residential land in Harbour Pointe has been developed and sold.

In 1998, the Mukilteo City Council approved a planned mixed-use development for Harbour Pointe’s Sector 15 – 73 acres where Harbour Pointe Boulevard South and Harbour Reach Drive intersect. The plan called for the construction of a Village Centre designed in a neo-traditional style with single-family residences and 375 apartments/condominiums built above 60,000-100,000 square feet of retail/commercial/office space. Construction of the single-family residences started in 2000. Work on the Village Centre started in mid-2001.

Approximately 500 acres within Harbour Pointe have been dedicated as open space to ensure the preservation of the area’s park-like campus settings. To maintain Harbour Pointe’s atmosphere, an architectural control committee, maintenance association, and protective covenants ensure that all buildings, landscaping, and signage are compatible in design and character and maintained in the highest of standards. 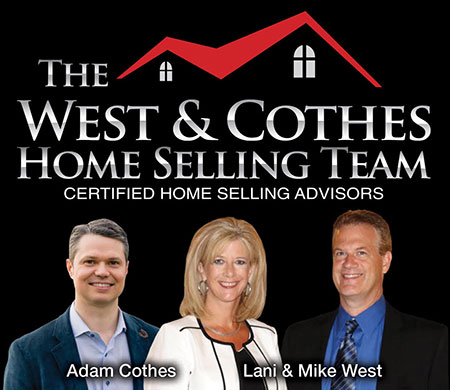 "When we placed out house on the market with you, there was one thing that was apparent to us that filled us with great comfort and confidence from the... continued"
- Joe & Millie Johnson
View All